Nicholas Lee is an attorney who practices Criminal Defense and DUI Defense in Knoxville and the surrounding areas, as well as maintaining a small general practice to help meet his clients’ needs. Mr. Lee graduated with his Bachelor of Arts from Middle Tennessee State University (Murfreesboro, Tennessee), where he took leadership roles in the University’s “mock trial” program, a rigorous competition team that developed and tested participating students on trial advocacy skills by having them conduct “mock” trials. While competing at the collegiate level, Mr. Lee’s team placed third in the National Championship Competition’s Silver Division 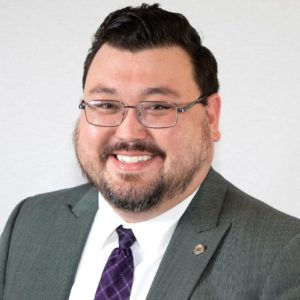 Mr. Lee then graduated with his Doctorate of Jurisprudence from the University of Tennessee College of Law. While in law school, Mr. Lee served as team captain of the National Trial Team and helped found the James Clark McReynolds’ Trial Team, which placed 4th and 5th in their national competition in their first two years. Mr. Lee was recognized for receiving a top grade in Trial Practice, placed 2nd in school-wide trial competition, and was earned a spot on the Tennessee Law Review.

Mr. Lee also spent his law school years seeking more hands-on experience for becoming an attorney. Mr. Lee worked throughout law school, having the opportunity to work under and learn from a number of Knoxville law firms. Additionally, he had the opportunity to participate in the University of Tennessee College of Law’s Advocacy Clinic, a program through which students fully handle actual cases under the supervision of experienced attorneys. While a “student-advocate,” Mr. Lee got to work with a wide variety of cases including DUI Defense, Drug Charge Defense, Juvenile Defense, and civil litigation. While working as a student-advocate, Mr. Lee experienced great success ranging from dismissals of clients’ felony and drug charges, getting a client released from jail, and helping to secure unemployment benefits for a client. Through these experiences, Mr. Lee learned the hardships and rewards of passionately defending a client’s rights, and also reaffirmed that he wanted to spend his career in courtrooms defending people and their rights.

After graduating from law school, Mr. Lee has remained in the Knoxville area. He went to work with the law firm of Eshbaugh, Waters, Strange-Boston & Kern until 2014, when he fulfilled his long-standing dream of opening his own law firm: Lee Criminal Defense.

Mr. Lee also holds leadership roles and memberships in many professional organization: he serves as Assistant Coach for the National Trial Team at the University of Tennessee College of Law; he is among the leadership of Phi Alpha Delta, an international legal fraternity dedicated to mentoring and serving within the legal community; and he is a member of the national Order of Barristers, a national honorary society established to recognize excellence in the field of trial advocacy. Mr. Lee is an active member of the Tennessee Bar Association, the Knoxville Bar Association, and the Tennessee Association of Criminal Defense Lawyers.

Mr. Lee believes each client isn’t just another file in a stack of files, but a person who needs an attorney who will be on their side. To this day, Mr. Lee works continuously to better his trial advocacy skills, and to be the best advocate possible for his clients and their rights. If you are considering whether to hire Mr. Lee to be on your side, please feel free to read his articles on Tennessee Criminal Defense Law and contact him today for a free consultation.